I was actually going to suggest that there was another similar UFO encounter.

One hunter separated from his group of hunters, and when he was quite lone cylindrical UFO came and tried to make him sleep with some vapours. He escaped by climbing a tree and spending a whole night on that tree. But location was very similar to your friend's. Somewhere in California.

Devil's lake is 50 miles south of baraboo. In sualk county. Platteville a town in the area had a mass sighting. 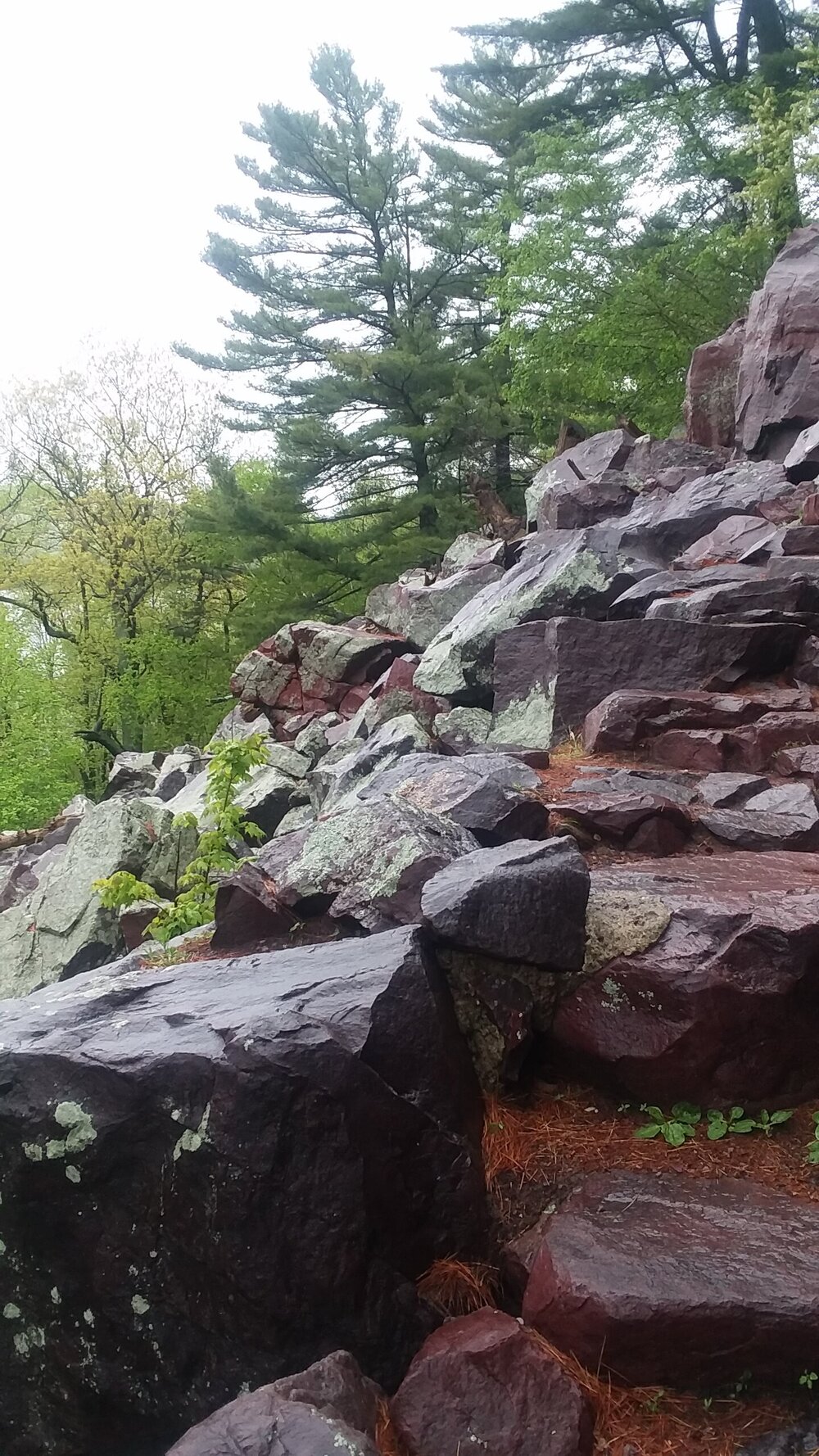 The trail up to the campsite is hard and draining. I done this trail and it's not easy. Rikki and the twins competed the climb. 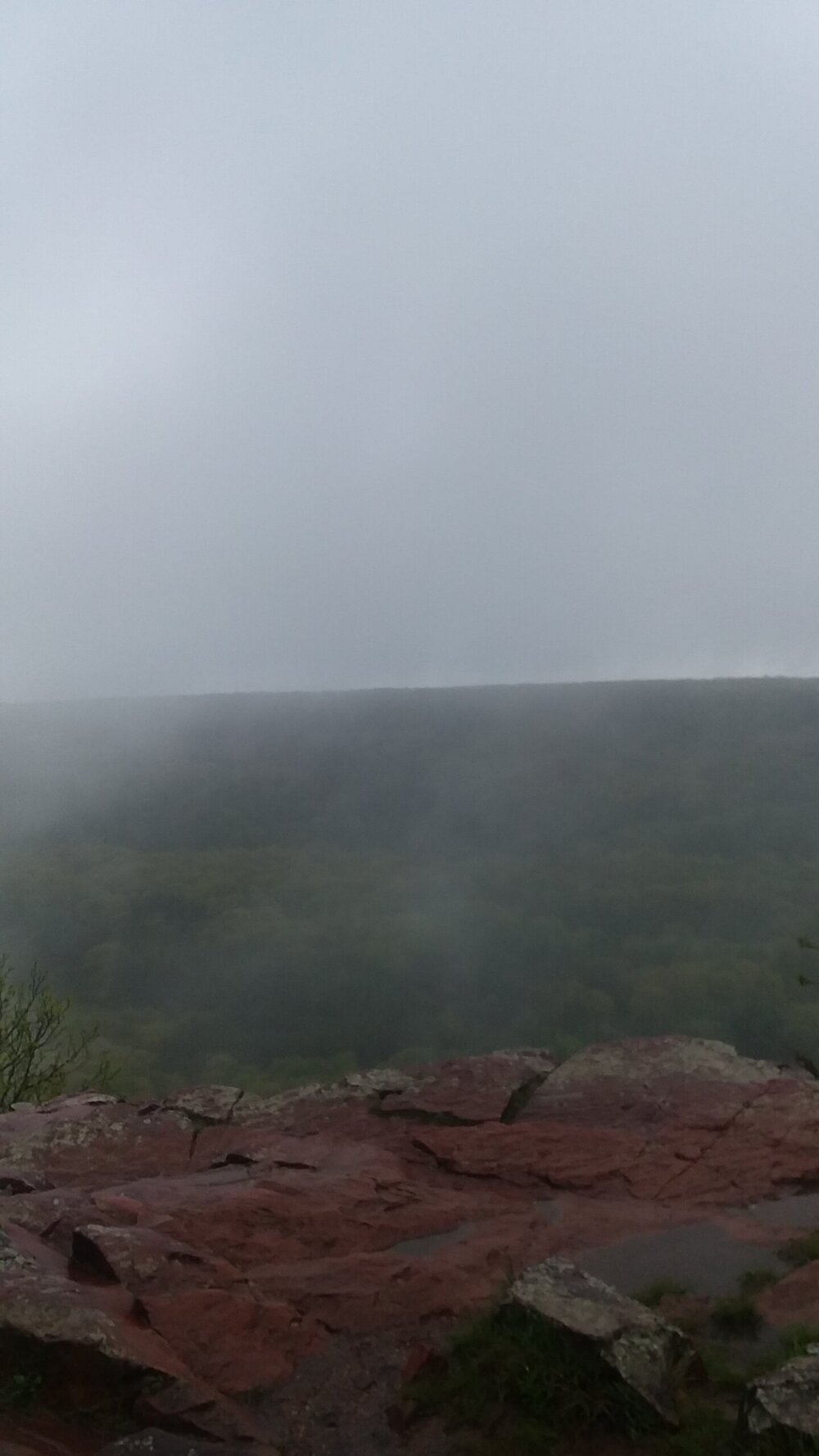 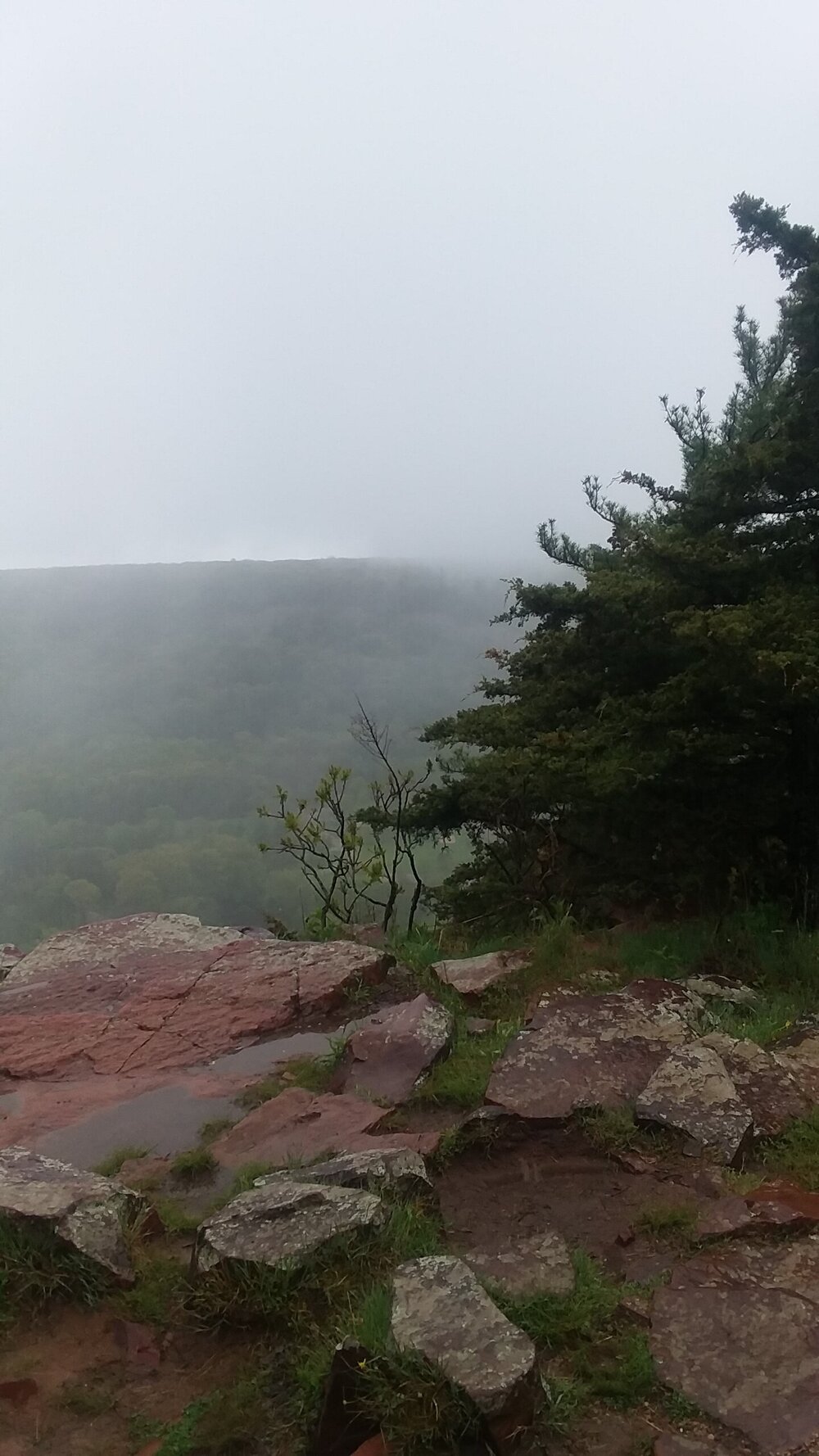 Once at the top it offers a majestic view. It was here Matt saw the craft
One thing I asked is how far away it was.
"It broke the clouds it was over the basin. I was like right up about 2000 to 3000 feet away.
When I went for my camera it was close right in my face at the lip."
Me: so it moved? You saw it move?
Matt:" no it blinked"
Me: "what do you mean ?"
He took a cup: "one second it was here "
He moved the cup "one second here. Then straight up. Like a rocket."
I looked puzzed "I thought it just went up and down?
He looked confused "I thought it got close. I don't know I think it moved "
I did not press the issue. He may have some missing time that he remembered.
I'm being careful in my questioning.
I did join my wife in telling him he needed to see a doctor. At this point I'm a little concerned for his physical and mental health
But I will say he had in my opinion a real sighting.

Thanks Shadow, He will probably need some time to regain his composure. From his description, it does sound like he had a real UFO encounter. It behaved the way UFOs do.

My son Ian, his GF and her folks are all doing the same trail. I asked them to keep an eye out for anything unusual. Meanwhile Matt has recovered from the experience. His phone was so messed up he got a new one. He is still working with my wife trying to make sense of the event.

Matt will probably have to take some time to psychologically recuperate. Seeing something like that may sound like not a big deal and some can't wait to see UFO for themselves, but UFO experiences can have a profound and disturbing effect on the minds of witnesses
After I saw the five UFOs in the first encounter, I really started to drink a lot; so much so, that I decided to stop altogether and I don't drink anymore at all now.

I have been working with Matt on and off since this happened. aside from some odd dreams he is recovering. The dreams are of a sexual nature (this is not the place to discuss them) But I do note the fluidity of the dreams. I do not believe he was abducted but it's obvious something serious happened to him. My oldest son his girlfriend and her parents all hiked the same trail, He called the place Spooky, and His Girlfriend thought they were being watched. The strongest presence was at the potholes or the devils cup here the ho chuck believes 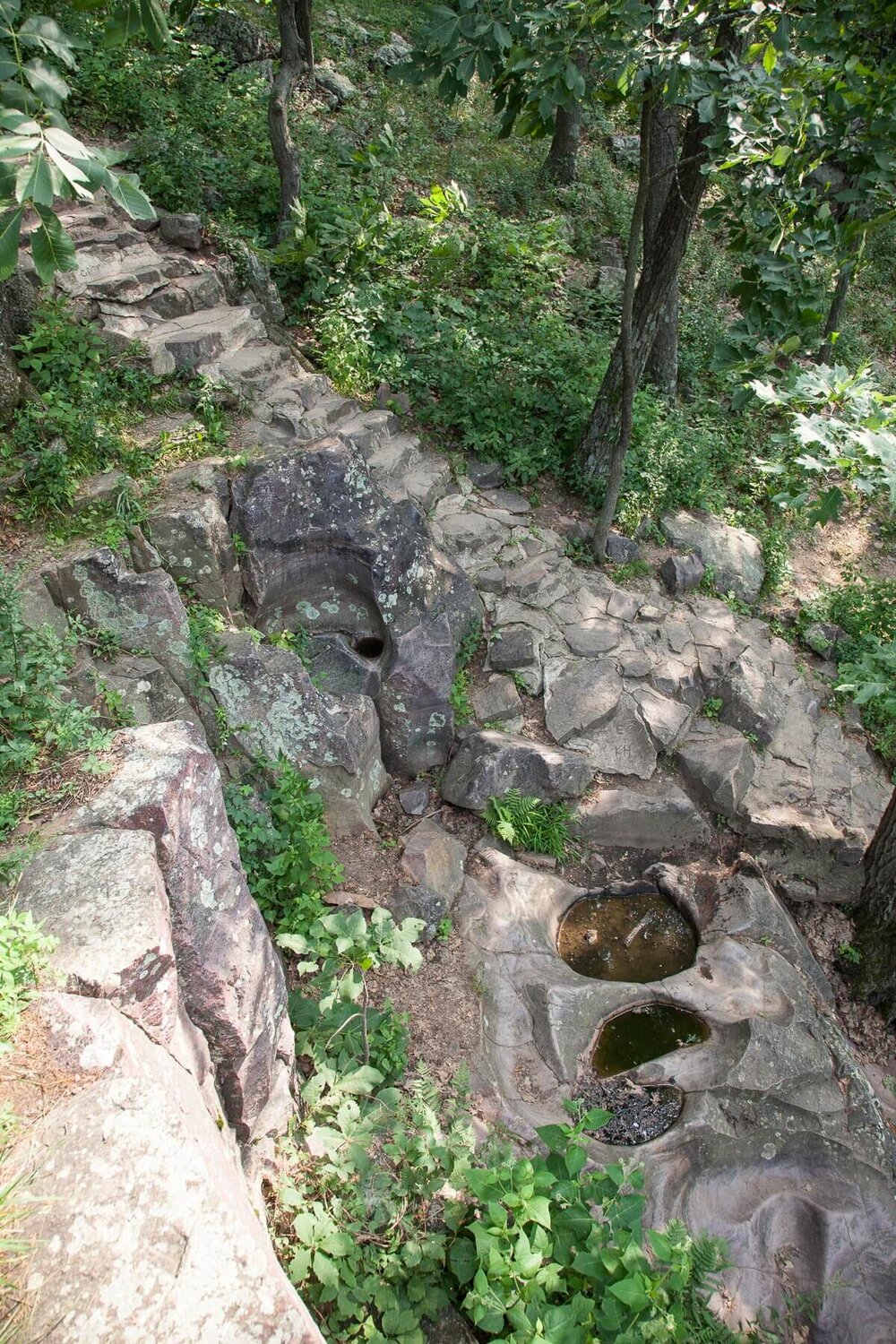 the devil came to drink.
Blessed be
Rikki

I'll admit to being a bit skeptical about the abduction phenomenon, but I am dedicated to remaining open-minded about it, else I fall into the same trap as so many close-minded people. I will say that after about a decade of squeezing sightings out of the old article databases, there is a conspicuous absence of beings that resemble greys, etc. Instead, there are mostly only objects --and the objects seem to act like high-tech transmedium drones. The objects seen repeatedly at White Sands (simultaneously by fifteen separate observation stations and US Navy Commander R. B. McLaughlin), that flew up the sides of missiles during tests and out into space on front of them, were only the size of dinner plates.

I didn't get that from the first reading, but I was suspecting it because it was such an isolated area. So, UFO knew your friend was there. There was some chance he was abducted, but he wouldn't know. Aliens are really good at wiping memories to most of abductees. Its best not to dig further, because it can be quite traumatic. He was lucky they didn't take him for a longer time, like few years.

There was another very similar case in North California that happened to one man in a group of hunters. But his aliens were very different. These aliens were almost laughably low-tech. Hunter escaped on a tree and aliens tried to bring him down by producing fumes of sleeping gas, while he was shooting hunting arrows at some kind of robot of theirs. But I've seen the location where it all happened and it was almost identical to location where your friend was, on the edge of the hill, overlooking a valley etc.


Todd Feinman said:
Matt will probably have to take some time to psychologically recuperate. Seeing something like that may sound like not a big deal and some can't wait to see UFO for themselves, but UFO experiences can have a profound and disturbing effect on the minds of witnesses
Click to expand...