I know this is a little after the fact......but during the "height" of the discussions of the monument removals in New Orleans last spring some folks noting that there was a hurricane "Lee" hoped it would level the city.

I guess Lee doesn't have a problem with his monuments being removed.....must have seen the error in his ways.

Its interesting that Klansmen who were also top Democrats like Black & Byrd have their monuments remaining untouched...

A statue of the late U.S. senator Robert Byrd (D., W.Va.) stands in the U.S. Capitol. Some 55 bridges, highways, dams, and other facilities in Byrd’s state carry his name.
Click to expand...

nivek said:
Its interesting that Klansmen who were also top Democrats like Black & Byrd have their monuments remaining untouched...

Actually they've taken down some monuments to white supremacists since the winter.....and bear in mind the term "southern democrat". So most of the democrats from the south that held positions in the government were likely racist and at least sympathetic to the kkk.

There are also numerous monuments to murderers like jesse james and bill anderson to go along with the white supremacists like Lee, Davis and Jackson.

George Washington's own church is removing a plaque with his name on it because someone complained.
George Washington’s church to remove plaque honoring him | Daily Mail Online

The Christ Church in Alexandria, Virginia
Click to expand... 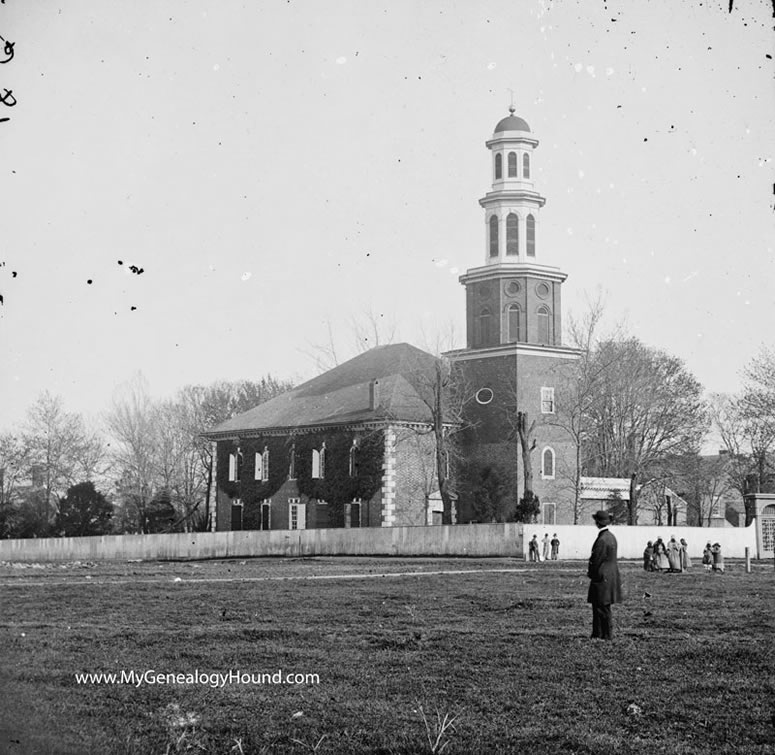 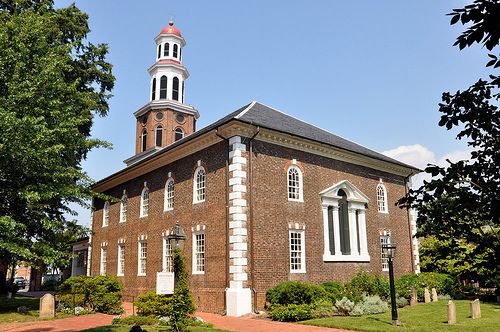 Toroid said:
George Washington's own church is removing a plaque with his name on it because someone complained.
George Washington’s church to remove plaque honoring him | Daily Mail Online

This is ridiculous destroying history like this. They wanted statues of our early explorers pulled down here but the people stopped any thought of that. What is wrong with these people ?

It seems that one of the motivations for the creation of ISIS was to undo history by destroy ancient sites. It could be a planned protocol of the NWO. Destroy the old world and build upon its ashes.

A NWO by stealth. I think it has been going on for sometime now. For an idea such as destroying your own history to go global ( it even reached down here ) is not a good thing at all.

August said:
This is ridiculous destroying history like this. They wanted statues of our early explorers pulled down here but the people stopped any thought of that. What is wrong with these people ?
Click to expand...

What is wrong with these people ?

There is a list and it is a long one.

There is a gubernatorial election on Tuesday, November 7th in Virginia. The removal of historic statues is one of the issues coming up in discussions. Some polls show Republican candidate Ed Gillespie leading. Many other polls, especially those conducted by liberal organizations such as the Washington Post, show Democrat Ralph Northam with a substantial lead

If Northam wins, I'll give credit to the liberal pollsters but, if Gillespie pulls it off, I'm going to join the conservative critics on the "fake news" bandwagon. IMHO there has been too much craziness coming from the folks at CNN and the Washington Post in recent years.

Toroid said:
George Washington's own church is removing a plaque with his name on it because someone complained.
George Washington’s church to remove plaque honoring him | Daily Mail Online

Nice pictures.....I don't have with the Lee plaque being removed.

When Trump was running all the scandals were on the right.

Right now:
1. Left wing sex scandals (not specific to Virginia but undermines the "Democrats as defenders of women" narrative).
2. Jobs is the number #1 issue in the campaign.
3. More than 60% upset about the statue thing.
4. Gillespie has a strong ground game and campaigns in areas where he isn't the favorite.


Further Virgina is only slightly blue. And there is a large "southern" contingent that don't appreciate the culture wars.

There are a number of intangibles (including that an off-year electorate tends to run older) that work in Gillespie's favor.

Gillespie is a lot closer than he should be, because his opponent has to run left of the center in Virgina.

https://www.theatlantic.com/politics/archive/2017/10/virginia-governor-gillespie-northam/543984/
Republican nominee Ed Gillespie, a party operative and former lobbyist once considered a relative centrist, has built his campaign around a succession of racially infused attacks against his Democratic opponent, Ralph Northam, the current lieutenant governor. Gillespie has besieged Northam on his opposition to Confederate monuments, and on his support for so-called sanctuary cities, which don’t fully cooperate with federal immigration enforcement and which Gillespie alleges protect the Central American gang MS-13.

Trump won because Americans were pissed off. Northam supports some of the issues that piss them off.

Gillespie gained moment by going right, which in this case means he embraced the majority opinion. In fact there are articles that call him racist.

August said:
This is ridiculous destroying history like this. They wanted statues of our early explorers pulled down here but the people stopped any thought of that. What is wrong with these people ?
Click to expand...

I can easily see why some groups have problems with certain things.....and people have been protesting things because it offends them or their culture since long before trump and his trumpeters came along.

Its easy enough to see why New Orleans took down their monuments......and it set a precedent that some places like Duke have followed. But as I said groups have been protesting things like the 20 dollar bill and several sports teams....maybe now some changes could be made to them.

A Trump meltdown for the ages - CNNPolitics
It was a display that will renew questions about the suitability of Trump’s temperament for the presidency, and at a time of increasing tensions around the world that will exacerbate fears he will be unable to control his emotions at a time of crisis as commander-in-chief. . . .

“This week it’s Robert E. Lee. I noticed that Stonewall Jackson’s coming down. I wonder, is it George Washington next week? And is it Thomas Jefferson the week after?”

Most history, libraries, etc. were destroyed because someone didn't like them.

If you let people destroy history they don't like, pretty soon you don't have any.

And any time the left insists that it isn't a slippery slope - they are lying. When the left comes out with a new suggestion to "improve" America about all you can do is club them like a baby seal until they shut up. 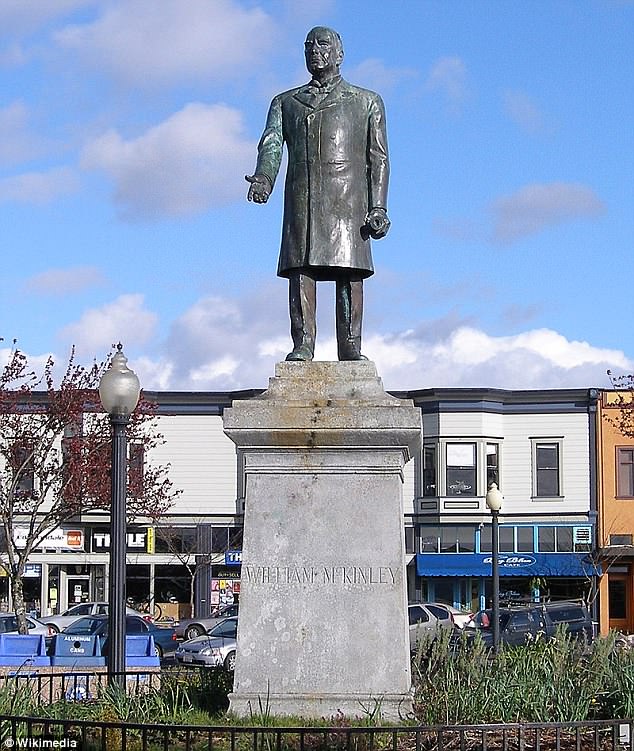 I thought they had given up on this statue madness. They tried it here and the public soon put a stop to this insanity.

August said:
I thought they had given up on this statue madness. They tried it here and the public soon put a stop to this insanity.
Click to expand...

I thought it was over too...sigh

nivek said:
I thought it was over too...sigh
Click to expand...

Native Americans have been after it a lot longer......like with Jackson on the $20 bill. Personally I'd like to see Colorado change the name of the town chivington or just remove it from the map. Not sure what connection there is between McKinley and this town but if the natives have a problem it is their right. My favorite McKinley monument is at Antietam.

The article is a little lacking in details.....I'll find out what slaughters took place during his administration. The last massacre I know of is Wounded Knee in 1890.

At least the deified confederates that fought for slavery have mostly been dealt with.
Last edited: Apr 2, 2018

Listen, what one needs to do is place oneself in the other persons shoes.

Eastern European countries that were enslaved for half a century by the Soviets, to add insult to injury, had statues of Lenin and Stalin on their territory.

You GOD DAM RIGHT they took them down when they were free to do so.

I'd personally like to see chairman maos statues in Tibet taken down.

I personally don't mind having some of the deified confederate statues taken down......especially when they had become objects of worship and veneration.

I personally would like put up statues of Lao Tzu. I can do so in my backyard on a small scale at least. He knows the Way.

Will check out Craiglist. So far only statues around my house are these Easter Island heads.. 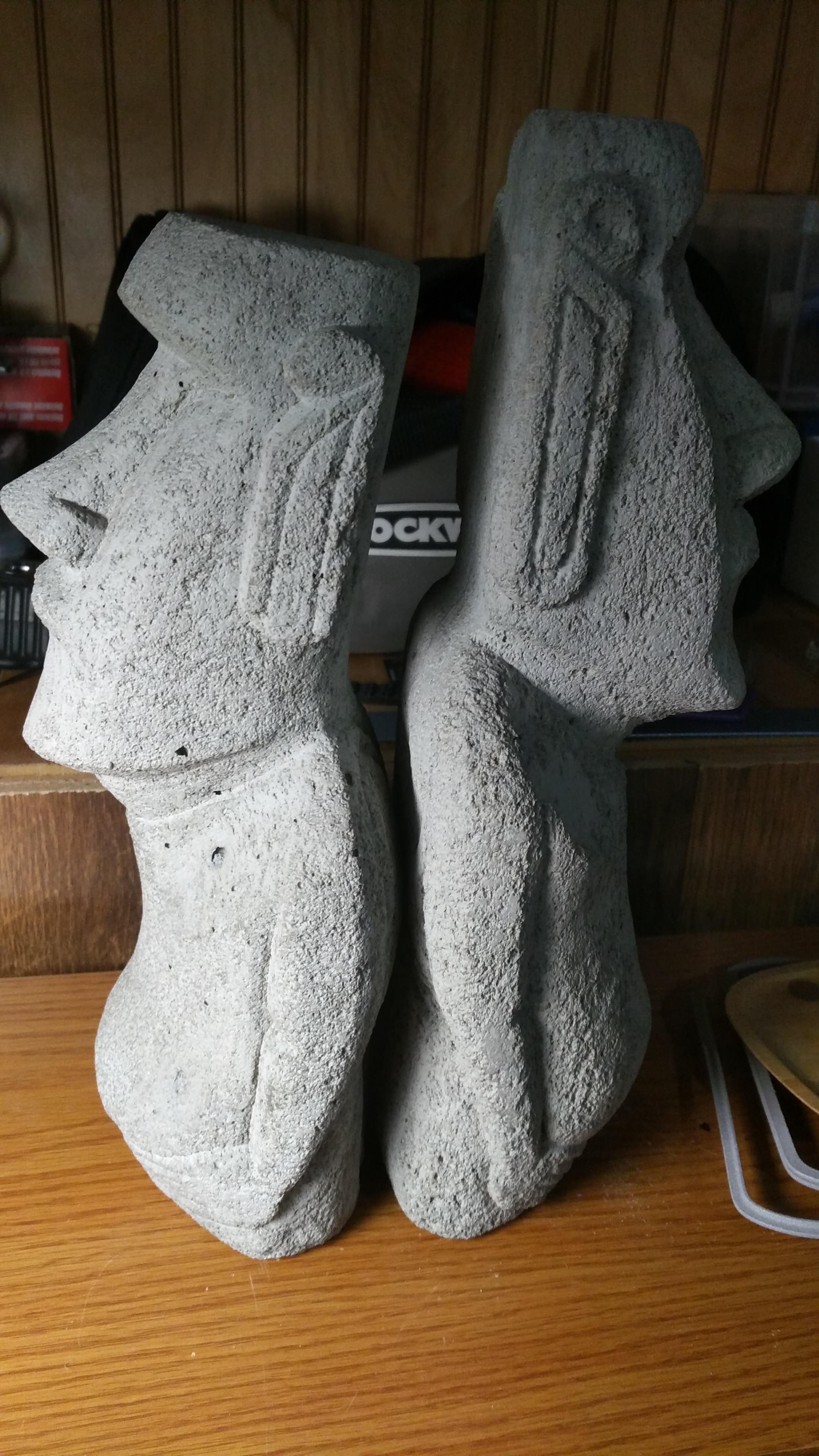