Common on construction and renovation sites but a bit off putting when you first see it, and I admit those are unusually tall. 10' ceilings are common. Kind of like being at the circus.

Those guys are minimalists, with mud & tape less is better.

thing is though, who the hell saw all this coming? I've used this here before; when we were kids waiting on the school bus stop we didn't have pocket supercomputers with instant access to a global communications grid.

I didn't know where to put this, but you can buy fresh air! 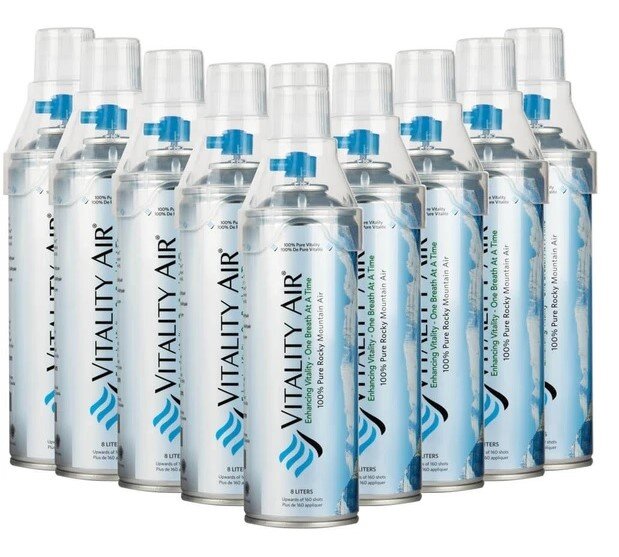 pigfarmer said:
thing is though, who the hell saw all this coming? I've used this here before; when we were kids waiting on the school bus stop we didn't have pocket supercomputers with instant access to a global communications grid.
Click to expand...

It would have been about 1971 when our junior high school math class toured the local utility company's main office, to see an actual computer in operation. The power company used it for billing, among other things. There was no monitor, only a tractor feed printer with paper about two feet wide, where the results of various operations would clatter out in one color. We were shown a program someone installed for fooling around, a sort of virtual slot machine. A push of a certain button would produce an ascii image of a row of fruits. If all the fruits were alike, the button pusher was rewarded with a very large ascii printout of a centerfold model. Them was different times.

When we got back to our classroom, one wise guy commented, "Wouldn't it be cool if we had little tiny computers to put on the corner of our desks, so we could do our homework?" There was a collective murmuring of "Yeah, right, like that's ever going to happen" sort of comments. Before we were all out of high school, some people actually had the kind with the glowing LEDs that ate batteries about as fast as you could change them. Now we use them on our phones. I have installed a specialized one for finding square roots very quickly, which I use at work now and then. It's faster than asking Google for the solution, and less confusing than messing with the scientific calculator that's also installed on there.

Well, here's an interesting question to pose: what what the first computer-ish thing you ever saw?

For me it was about 1980. Special room in the high school guidance dept's office with a large TTY - teletypewriter loaded with the green/white bar tractor feed paper. I used the old-timey 5 button (with a red HOLD button) 1A2 key system rotary phone to dial the modem # of the VAX located in a building several miles away. When you hear the screech you jam the telephone handset into an acoustical coupler and then baby, you got 110 baud. I remember writing programs in BASIC and playing Star Trek games that consisted of a bunch of asterisks on paper. In that same school I learned how to keypunch, make cards and wire breadboards to get them to run on Buick-sized IBM machines but that's all a bit vague now (and that's probably for the best).

Actually owning your own telephone system in the early 80s was a huge deal. I worked on the earliest digital switching systems - PBXs - back then alongside the old electromechanical click & bangs. Definitely early 'computers' althought today we would call part of them 'appliances' and part of cloud based Infrastructure as a Service. But back then, tell about infrastructure - the technology was heavy ! The Public Switched Telephone Network WAS the original 'global communications grid'.

I was a contractor at IBM East Fishkill for the better part of a decade and saw all sorts of stuff go by. No real network standard at that point, IBM created their Type 2 LAN system with a RG6 coax backbone to support their 327X front end controllers. I was a whiz with an analog Time Domain Reflectometer. After that it was Token Ring - what a turd, the DoDo of network evolution. Then it was thick or thin ethernet. Blaaaarrrrgh.

Didn't even see a PC until maybe 91 and at that it was one of those tiny green screen Compaq 'portables' running DOS the size of a suitcase.

Were you aware that the Scarecrow had a gun? 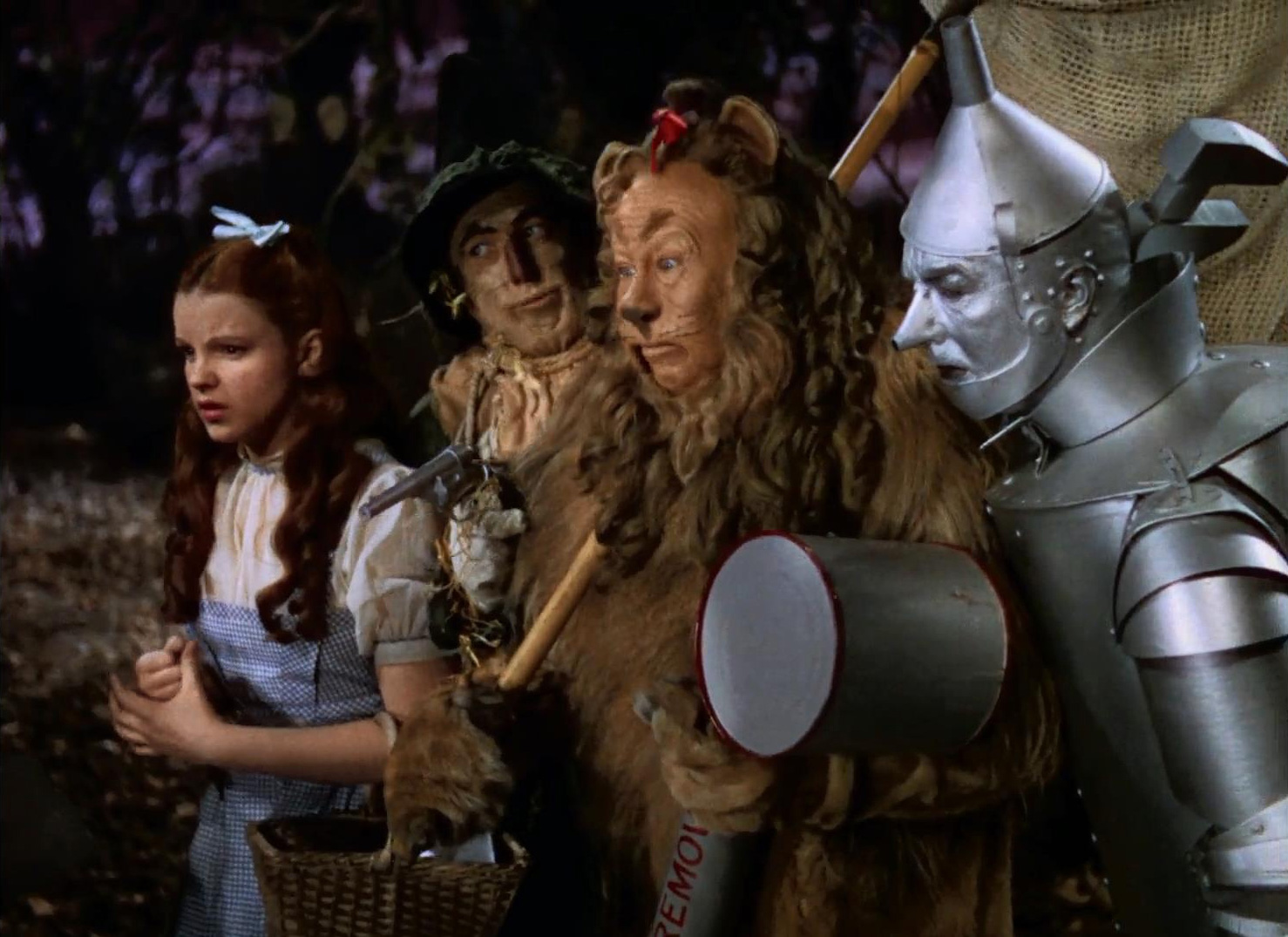 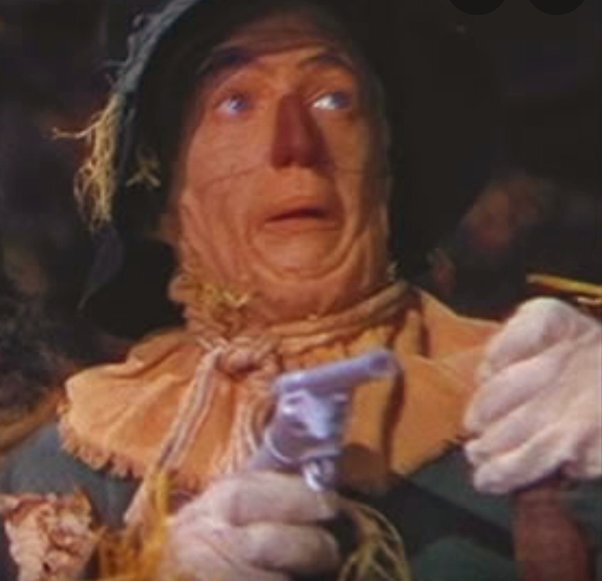 Brown-brown is a form of powdered cocaine, cut with gunpowder. It is commonly given to child soldiers in West African armed conflicts. Smokeless powder usually contains nitroglycerin, which is a vasodilator, thus making the delivery of cocaine to the brain via the bloodstream faster. This, in turn, is believed to allow for a more intense high. Consumed by snorting, the drug mixture increases aggression.

Ishmael Beah, the author of A Long Way Gone: Memoirs of a Boy Soldier, stated:

“Our commanders gave us drugs – marijuana, cocaine, and Brown Brown: a concoction of cocaine and gunpowder — before battles to anaesthetize us to what we had to do. You mix cocaine with gun powder. When you sniff it at first it hurts inside of our nose but as time goes on you get used to it. But the potency is greater than just cocaine itself. And these things altogether numb you to everything. You have no have no sympathy. You actually begin to enjoy what was happening once you are in.”

The drug gained notoriety after it was used by Nicholas Cage's character, Yuri Orlov, in the 2005 movie Lord of War.

wwkirk said:
Were you aware that the Scarecrow had a gun?

Sensible, with all that weird shit going on

pigfarmer said:
Sensible, with all that weird shit going on
Click to expand...