The Divided State of Europe 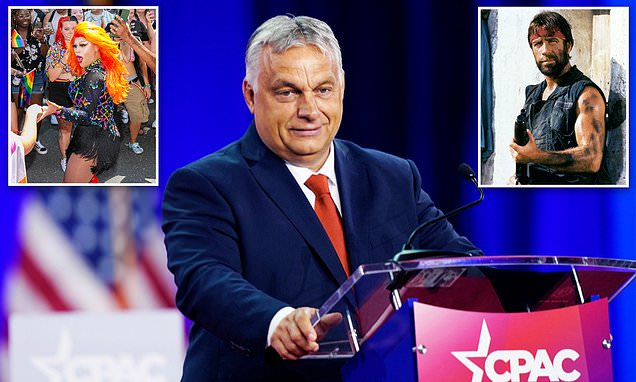 Hardline Hungarian Prime Minister Viktor Orban received a hero's welcome at a major conservative conference in Texas on Thursday, as he urged the American right to learn from his multiple election successes. He implored his audience not to pull their punches in their culture war with globalizing liberals. But he made no mention of the racism controversy that followed him to the U.S., after promised to prevent Hungary becoming a 'mixed race' nation.

The last stronghold of the Soviet Union?...

Government cover-up: Poland’s second longest river, the Oder, has just died from toxic pollution – Mercury levels beyond imagination – 10 tons of fish dead – They knew since 2 weeks but did not alarm!​

Poland’s second longest river, the Oder, has just died from toxic pollution. Fish will be eaten by birds, mammals and maybe humans along the river… People living along the river use it for almost everything (drinking, daily care, washing, watering their crops, grazing their animals… This could be huge!

In addition to solvents, German authorities have detected mercury levels beyond the scale of measurements.

More than 10 tons of fish haver already been collected along the river, but that’s only the tip of the iceberg…

The Polish government is aware of this water poisoning since two weeks as huge numbers of dead fish were first spotted near the southwestern Polish town of Olawa in late July, along with dead animals such as beavers… But these mad officials remained silent and didn’t alarm anybody…


Defense Minister Mariusz Blaszczak announced Thursday that soldiers and reservists were being deployed to help remove pollutants from the river, which is known as the Oder in German and the Odra in Polish and Czech. It flows north for hundreds of miles from the Oder Mountains of Czechia and empties into the Baltic Sea.

You will never go without electricity with this Jackery portable power station!

Only today, in the midst of a media storm, the marshal of the Lubuskie region has filed a motion to declare a state of natural disaster along the country’s second longest river.. “Under no circumstances are people allowed to go near the Oder River…” she said. 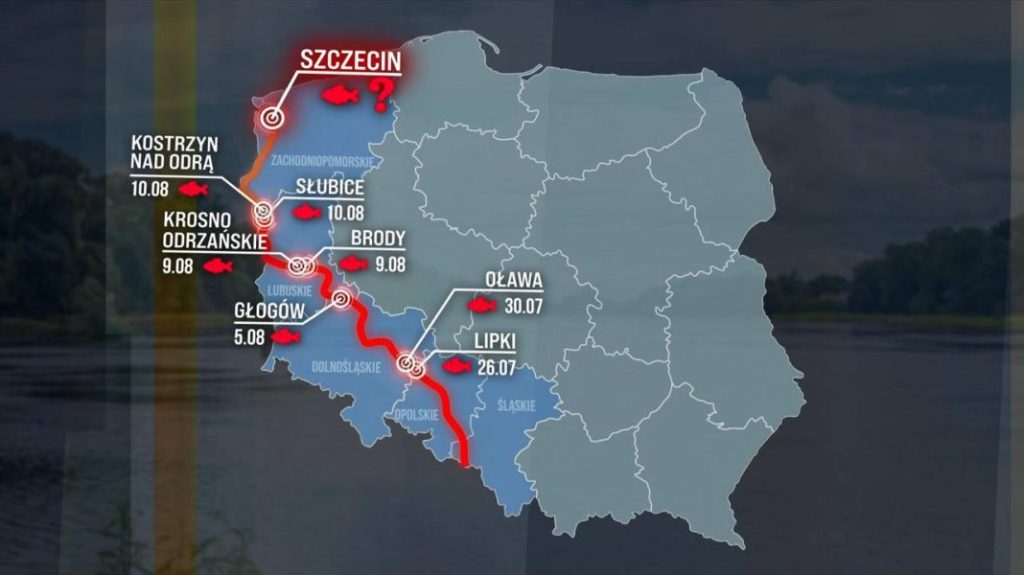 Map showing where dead fish have been found and collected… All along the river actually! State of natural disaster declared all along.

This country is paying car drivers nearly $4,000 to switch to an electric bike​

France will now pay you €4,000 (nearly US $4,000) to swap your old polluting car for a cleaner, more efficient, and more city-appropriate electric bicycle. That marks a major increase in the incentive designed to improve French cities. Pedal bicycles are also included in the generous incentive package, though e-bikes are contributing to one of the biggest jumps in cycling ever across Europe and much of the world.

As reported by The Times, the full €4,000 incentive is awarded to those in lower income brackets that live in low-emission urban zones. Wealthier two-wheel converts will receive a reduced incentive commensurate with their income level. For those looking to buy a new electric bike but not ready to give up their polluting car, a subsidy of up to €400 is available. Some cities have even more generous electric bicycle subsidies. The Socialist-Green council of Paris offers up to €500 toward the purchase of an e-bike or a folding pedal bike.

France is working hard to push urban drivers out of cars and towards smaller and more environmentally responsible forms of transportation. In large cities like Paris, reduction in traffic from a switch to bicycles and scooters is perhaps just as important to many residents as the environmental effects. We recently covered the case of an electric bicycle company that is switching from vans to cargo e-bikes to increase the number of electric bikes it could deliver each day. The company’s delivery vans were simply too slow in Paris traffic, and switching to cargo e-bikes will help ramp up deliveries by using smaller, quicker, and more efficient vehicles.

In a city like Paris, such e-bike deliveries are proving easier and easier. Mayor Anne Hidalgo has taken an aggressive approach to making the city friendlier to cyclists, pedestrians, and basically every form of alternative transportation.

It’s a move that is becoming more common in cities around the world as residents demand more accessible urban planning. The concept of walkable cities that are designed to prioritize the mobility of people over cars has led to calls for changes across much of Europe and the US. In many cases that means repurposing car lanes and on-street parking into dedicated lanes for public transportation or bike lanes, as well as expanding sidewalks and pedestrian streets. Many cities are banning cars in downtown areas or introducing congestion pricing to disincentivize driving in the most crowded urban areas.

Europe has also taken a lead in government-sponsored incentives for commuters to switch to two-wheeled vehicle as a way to de-emphasize the roles of cars in cities. Some countries have begun offering tax incentives that essentially pay citizens to cycle to work instead of using a car. Belgium recently made headlines when it increased its bike-to-work incentive to €0.25 per kilometer (approximately US $0.45 per mile), according to the Light Electric Vehicle Association.

But Belgium isn’t alone in offering cash in exchange for pedaling to work. The Netherlands offers nearly as much, and the UK offers even more. A mileage allowance of around USD $0.26 per mile is available to British cyclists who use their bikes to commute to work, according to the World Economic Forum. 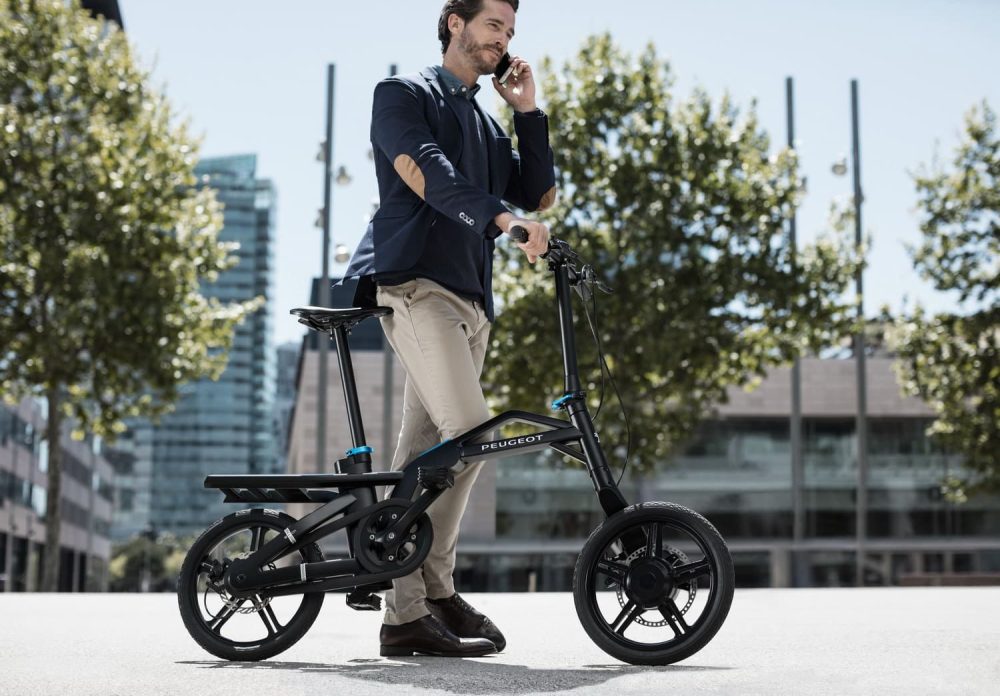 If Western Europe has been relying solely on Russian gas and oil for day to day functions of their society then that was a really dumb plan, especially with Putin still in control of Russia...The EU governments have completely failed their people...

Russia has scrapped plans to reopen a major pipeline that sends natural gas to Europe. The decision by Gazprom, a state-controlled firm, will make it more difficult for Europe to secure fuel ahead of the winter.

Gazprom said the Nord Stream 1 pipeline would remain closed because of a leak in the main gas turbine, although Siemens Energy - which usually services the turbines - said such a leak should not prevent operation.

Both Europe and the US National Security Council have accused Russia of using gas as a "weapon against consumers". But earlier, European Council President Charles Michel vowed: "Use of gas as a weapon will not change the resolve of the EU."

Wholesale gas prices have climbed 400% since August last year - bringing misery to households and businesses in Europe, where dependence on Russian energy has historically been high.

These two countries seem to never get along...

Is Turkey's authoritarian ruler planning a WAR with Greece in the Mediterranean? Ranting Erdogan accuses Athens of occupying Aegean islands and threatens to do 'whatever is necessary'​

Turkey's president has accused Greece of occupying islands in the Aegean Sea that have a demilitarised status and said his country was prepared to 'do what is necessary' when the time comes.

President Recep Tayyip Erdogan made the strong statement towards his nation's historic rival and at the same time, fellow NATO member, on Saturday.

Turkey and Greece have long been at odds over issues ranging from overflights and the status of Aegean islands to maritime boundaries and hydrocarbon resources in the Mediterranean, as well as ethnically split Cyprus.

It looks like days for the collapse of Europe for energy and finance, weeks for that to move to the USA. Its moved from 15X electrical pricing forcing almost all business to cease in Europe to calls to stop financial markets and nationalize all production and supply chains with price caps to prevent a societal collapse.

Italy's parliamentary election on Sunday is expected to make history as a right-wing candidate who campaigned on a nationalist platform is expected to become the country’s first female prime minister.

Italians will head to the polls on Sunday to elect a new parliament and determine who will govern the country next. Polls forecast the country’s Brothers of Italy party will take 25% of the vote on Sunday, and elect party leader Giorgia Meloni as the country’s first female prime minister.

"I am Giorgia, I am a woman, I am a mother, I am Italian, I am Christian," Giorgia Meloni told supporters in central Rome at a now-viral rally moment in 2019, according to France 24. "No one will take that away from me."

The Brothers of Italy party is described as a conservative and right-wing populist political party that has seen a meteoric rise in popularity since 2018, when it just received 4% of the vote, Reuters reported.

Notice they vilify her even before she wins the election...This right against left idealism will be the doom of the western world if left unchecked...

Italy lurches to the far-Right: Exit poll finds Giorgia Meloni is set to win elections and become country's first female PM as country braces for most right-wing government since Mussolini​ 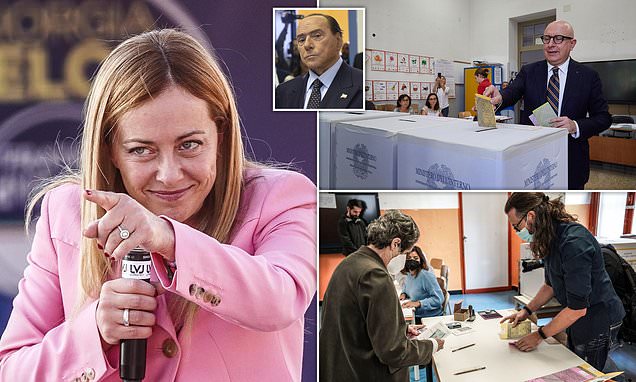 An exit poll for state broadcaster RAI said the bloc of conservative parties, which also includes Matteo Salvini's League and Silvio Berlusconi's Forza Italia party, has won between 41 per cent and 45 per cent - enough to guarantee control of both houses of parliament. Italy's electoral law favours groups that manage to create pre-ballot pacts, giving them an outsized number of seats by comparison with their vote tally. Full results are expected by early Monday. Earlier, The Brothers of Italy party, headed by one-time Mussolini supporter Ms Meloni, had led opinion polls and looked set to take office in a coalition with the far-right League and Forza Italia.

Italy’s new Prime Minister Giorgia Meloni sums it up perfectly. No wonder the elites and establishment don’t want her to succeed.

If it is proven to be the case that the US undertook to blow up the Nordstream pipelines, then the US under Biden is a rogue state. It ought to lead to a hiatus in transatlantic cooperation.

AD1184 said:
If it is proven to be the case that the US undertook to blow up the Nordstream pipelines, then the US under Biden is a rogue state. It ought to lead to a hiatus in transatlantic cooperation.
Click to expand...

Its interesting and disturbing that Sachs would mention possible Polish involvement with the US in destroying the pipelines...I've heard about the US helicopters but that video was the first time I've heard mention of Poland’s possible involvement...What would the EU do with Poland if its proven?...