Quite a number of extremely strange close range UFO reports from the South American continent over the years but even with official UFO investigative organisations like CEFAA, DIFAA, CRIDOVNI etc. publishing their research it's still difficult finding English language info online about specific case histories (or even to be aware of them at all) - especially since closure of websites like UFOUpdates.

Below is one interesting example found referenced in the research of NICAP's Richard Hall and involves six witnesses encountering a highly unusual multi-coloured domed disc (and occupant) at 'Florida Nautical Club' in Argentina, February 4th, 1978.


It also pops up in this article concerning official Argentinian Military/Government communiques:


The Seven Official declarations made by the Argentinian Government


1978: On the evening of February 4 at the La Florida dam in San Luis, six persons report the presence of a UFO and the descent of an occupant from within, leaving ground marks. The Police Precinct of San Luis, through its chief, Lt.Col. Raul Benjamín López, issues a document which constitutes the fourth official acknowledgment.

Apparently the CE3 case involved physical trace evidence and resulted in the first official report on an occupant 'walkabout' from the Provincial Police and Argentinean Army - the research / translation work of folks like Robert Gribble (MUFON Journal 238), ONIFE's Fabio Zerpa and the IHU's Scott Corrales and Guillermo Giménez has been pretty invaluable on this one (so hats off to them). 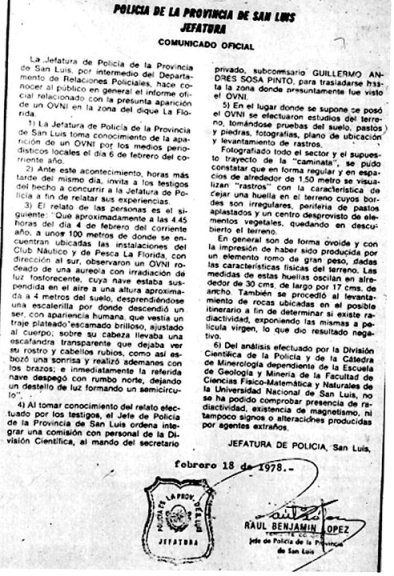 One of the most significant UFO events of the Republic of Argentina took place on 4 February 1978, when several competent witnesses witness the descent of a strange craft and the presence of a tall humanoid who left his prints on the ground. The research undertaken after this event determined its reality, and corroborated the footprints left behind by the occupant. This incident – known as the Dique La Florida Case, in San Luis, Argentina, was supported by the investigative facilities of the Provincial Police of San Luis, headed at the time by Lt. Col. Raul Benjamin Lopez, who signed off on the first official report on a “walkabout” by a UFO occupant, representing both the Provincial Police and the Argentinean Army..
Click to expand... 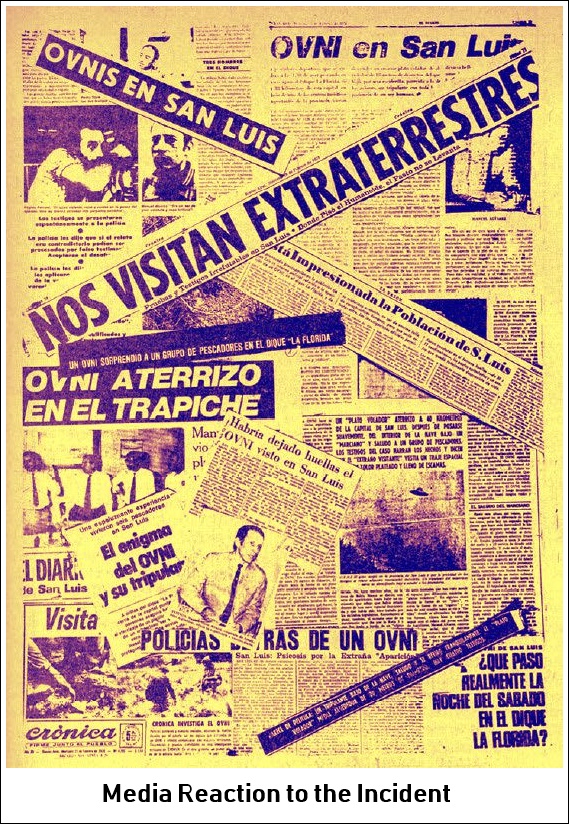 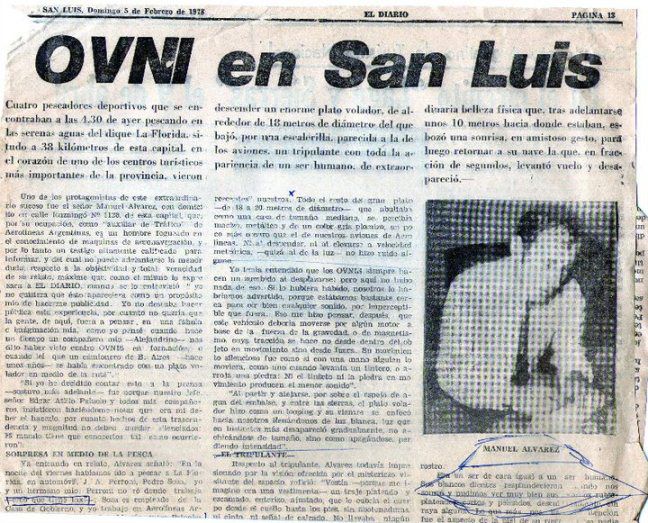 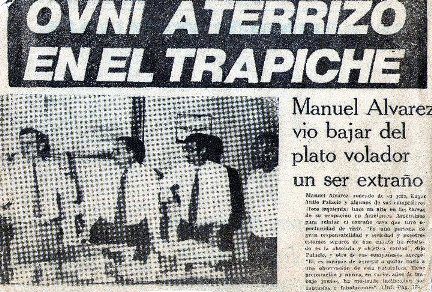 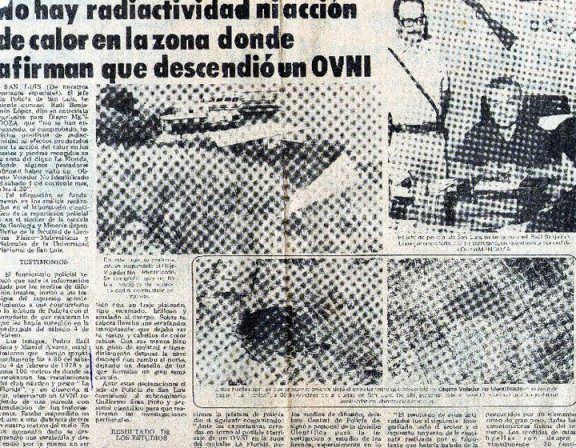 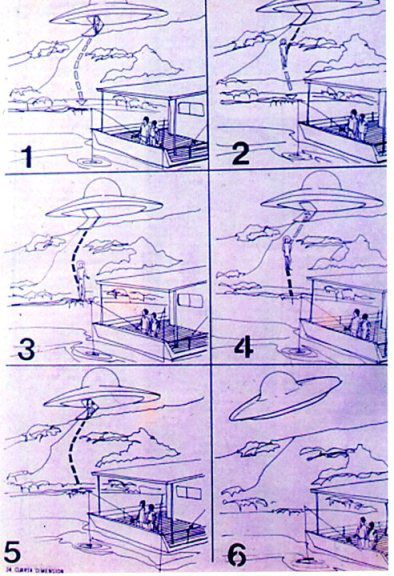 They were illuminated by a powerful light, seeing it was an unidentified flying object – a metallic, solid device shaped like an upside-down saucer, projecting white light from its undersection and emerald green and red lights from its upper fuselage. It was suspended in mid-air over the sloping terrain leading to the water, some 3 meters over the ground, measuring some 15 meters in diameter.
Click to expand... 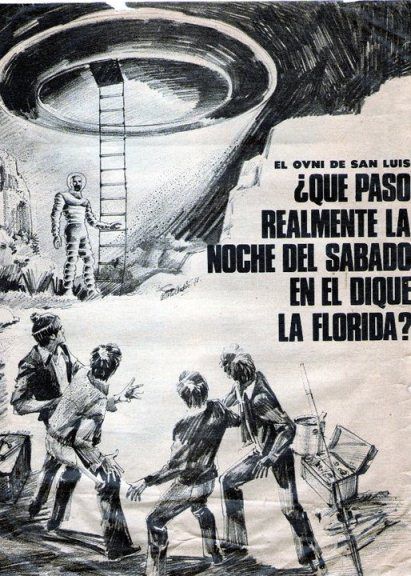 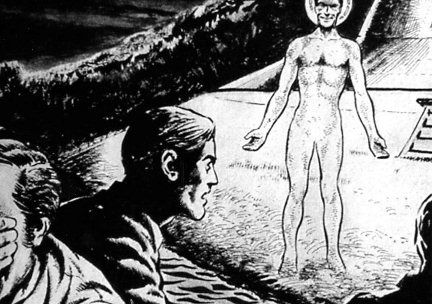 The object let down a small ladder (similar to that on a Fokker aircraft) and a humanoid form descended. It stood between 2-2.10 meters, wore a shiny, silvery, form-fitting uniform. The “man” wore a transparent helmet over his head, making visible his blonde hair and fine features. At no time did the witnesses see the entity’s feet, and were unsure as to any footgear. The entity’s identikit photo matches all descriptions provided. After descending the ladder, the entity walked over the terrain (or glided over it, not sure), which sloped downward and approached the edge of the lake, a scant 15 meters away from the fishermen. With as mile, the stranger placed his gloved hands (encased in what appeared to be mittens) in front of him, palms upward, in a characteristic friendship gesture and a yoga position (lotus flower). A universal gesture of giving. Following this gesture, the being turned on a heel and headed for the ladder. He climbed and re-entered the craft. The ladder retracted, and the opening that allowed it to descend to earth closed up. After 20-30 seconds, the vehicle rose into the air and vanished into the mountains of San Luis toward the northeast. Pedro Sosa. 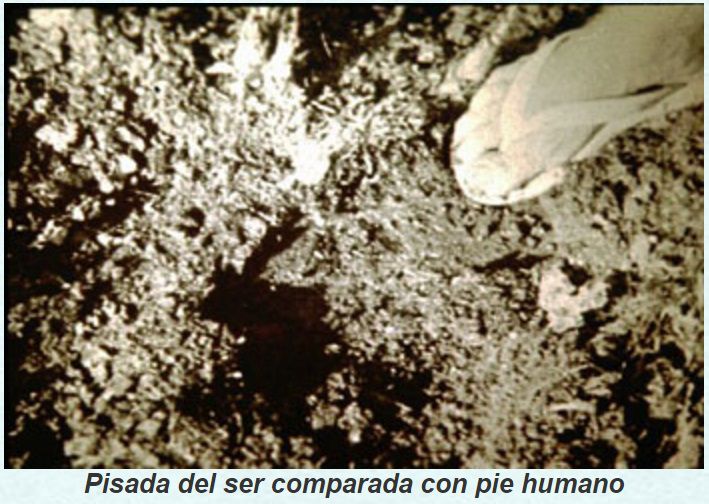 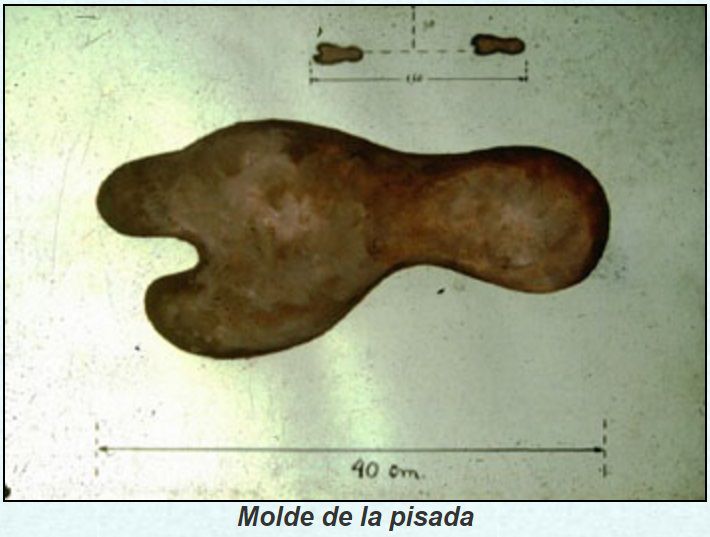 As if this case doesn't sound bizarre enough there are also claims in the article below about the occupant holding some sort of container (similar to a thermos) which was found during investigation - Police officers at the station later managed to pry it open but the liquid within it 'evaporated upon making contact with the air' - the object was then forwarded to the University of Córdoba for further study but went missing.


Also a possible MIB connection as it's stated researchers, police officers and town residents were 'alarmed by the movements' of two unknown individuals who visited the sighting area to examine the impressions left on the ground and collect information on the witnesses themselves (apparently the hotel owner was also 'surprised by the antics of these characters').


INEXPLICATA Contributing Editor Guillermo Giménez has reminded us of a case that can be described as a “doubleheader” of high strangeness – a UFO sighting involving humanoid occupant with a bubble helmet (straight out of the contactee tradition) and follow-up visit by the nefarious MIB.